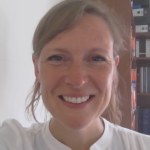 Investigating hill toponyms and their use as medieval settlement-names.

Place-names arose as descriptive labels in everyday speech, and provide an unparalleled insight into historical perceptions and use of the landscape, as well as its social, economic and cultural significance. A very large proportion of English settlements are named from landscape features, using specialised and nuanced vocabulary. Focusing on a major subset of this corpus, place-names referring to hills, my research explores the processes by which medieval settlements (which could vary in morphology, status, function and so on) came to be associated with and acquire the names of precisely – and often subtly – defined topography.

This work builds on the important work of others, but uses newly available data and technologies to test and refine existing theories. I am in the middle of a systematic national survey of a targeted group of names, after which case-studies may well be selected. Name data, from the assembled corpora, will be combined with archaeological, geological and historical records and mapping to refine the possible locations of Early Medieval settlement and routeways. GIS software is used, together with site visiting, to test visibility of settlements and hills to and from each other and the wider landscape and routeways.

In particular, I hope to establish the geographical and temporal extent of language nuance and uniformity and to try to quantify where, when and why patterns change. I also hope to contribute towards understanding the role that visibility might have played in the naming of settlements with reference to hills.

Review of Townley, S. (ed), 2022, The Victoria History of the County of Oxford: Volume XX, The South Oxfordshire Chilterns: Caversham, Goring, and Area in the Agricultural History Review 71.1

‘Stonyborow: a clue to a Roman settlement in rural Oxfordshire? The symbiotic relationship between field-names and archaeological data’ The Journal of the English Place-Name Society, 52, (2021), 5-20

‘Explaining Re Rose: The Search Goes On?’ in the Cambridge Law Journal, July 2003

Research Affiliate in the Institute for Name Studies and for the English Place-Name Society: Developing a web app for public access (at all levels of interest) to place-names in Shropshire and Staffordshire with potential to be expanded elsewhere in England.

Lectures and talks on place-name research and the historic landscape for local history and archaeology groups and societies.

Gallery lectures and talks to all interested on Ancient Near Eastern languages, history and archaeology at the Ashmolean Museum, Oxford (2012-2016).

Lecturing on Levantine history at St. Mellitus College, London (including taking participants around the evidence in the British Museum) (2008-2010).

Lecturing at a popular level on aesthetics, law and philosophy at Friday Forum, St Andrew Holborn, City of London (2007-2010). (I co-set up this lecture series in the heart of the City.)

Historical buildings (vernacular and otherwise), churches and their conservation

Member of The English Place-Name Society: Collecting and recording historic place-name forms from Medieval records for the Staffordshire project and indexing volumes of the Shropshire survey.

Affiliate of the Institute of Historic Building Conservation.

Field worker for the Corpus of Romanesque Sculpture of Britain and Ireland.

Surveying, recording, GIS and documentary research for the South Oxfordshire Archaeological Group at a Romano-British temple site in the Chilterns (2019-2021).