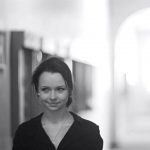 Musical Modernism�s Missing Link? An Examination of the Music Style, Life and Legacy of Alexei Stanchinsky (1888-1914)

This project examines the life and works of the neglected Russian composer Alexei Stanchinsky (1888-1914), and explores his contribution to the development of music, as well as his position within the social and cultural milieu of late Imperial Russia. The project comprises critical analyses of both Stanchinsky’s life and his published works. Stanchinsky’s music was a provocative force in Russia during his lifetime, but his legacy has since been neglected. By drawing upon existing contextual research and investigating primary sources, the project situates Stanchinsky’s lived experience and legacy within the social and artistic milieu of late Imperial Russia. The research aims to enrich the academic scholarship on late Imperial and early Soviet Russia, as well as provide contextual and analytical insights, enabling Stanchinsky’s significance as a composer to be more widely recognised.