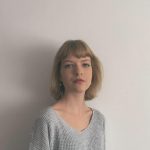 Why are there so few learned women?: The female Neo-Latin authorial voice in the Venetian Quattrocento

My PhD will examine the writings of fifteenth-century Venetian women humanists as a landmark in the development of early modern female authorship, delineating how these women defined themselves vis-a-vis the male-dominated spheres of classical literature and Renaissance humanism. There is little engagement with women’s writing in the growing body of Neo-Latin research, though recent projects (Stevenson 2005, Kaborycha 2016) seek to address this imbalance. My study will build upon the anthologising, broadly contextualising nature of extant research and offer a more textured investigation into humanist letters authored in Quattrocento Veneto.

Venetian women’s participation in the elite circle of humanist epistolarity contrasts with more usual forms of women’s production in fifteenth-century Italy, such as the continuation of medieval devotional writing in Florence. Providing a comprehensive account of epistolary writings by fifteenth-century Venetian Neo-Latinists, I will examine the edited letterbooks of Isotta Nogarola, Cassandra Fedele and Laura Cereta and visit archives to uncover manuscript letters.The highly literary humanist letter is often analysed as a vehicle for authorial self-presentation (Van Houdt 2002). Given the scarcity of Quattrocento women humanists, their self-presentation may be examined through a gendered lens, focusing on the dynamic between the lone female voice and the male-dominated classical tradition. The classical corpus, replete with misogyny and offering few examples of women writers, defined humanist production. How could the first women humanists rely on a tradition that apparently discouraged female authorship?

Developing this inquiry with the aid of classical reception theory, I will investigate the pose by which a female present turns to a male-dominated past (cf. Butler 2016:14), rewrites the classical and makes room for a female voice in the literary community. The letters under consideration here often foreground this fraught dynamic, for example in an epistolary treatise on why there are so few learned women. This female-authored corpus invites compelling questions about models and imitation practices, matters prominent in current scholarship on humanist letters (Berra 2018). Which classical authors and mythological figures do they use to fashion their authorial identity? How do they adapt male-centric conceits, such as Ciceronian amicitia, to their voices?

This research feeds into the growing interest in the ways in which groups portrayed as subordinate in the classical texts engage with the classical tradition. Bridging Neo-Latin, classical reception, early modern and gender studies, my interdisciplinary project will be impactful for several reasons. The focus on Neo-Latin exchanges with leading male humanists, rather than on much-researched marginalised vernacular writing, will add to the developing reassessment of early modern women’s role in the highest literary spheres. The examination of fifteenth-century women will broaden our conceptualisation of the humanist relationship to the classics, a narrative from which women continue to be excluded. Finally, an insight into patterns of female engagement with the classical that emerge in the Quattrocentocould facilitate analysis of later women Neo-Latinists.

The Public Domain Review · Reading Like a Roman: Vergilius Vaticanus and the Puzzle of Ancient Book Culture · 30 June 2021

Institute of Classical Studies Postgraduate Seminar · Unable to function as drama: Reimagining Orestes with Theatre of the Absurd · 5 March 2021