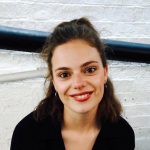 Shakespeare�s Self Fashioning: social identity and the interiors of the lesser gentry house in Early Modern England.

My project focuses on a significant, but lost, building: New Place, William Shakespeare’s town house in Stratford-upon-Avon from 1597 until 1616, rebuilt in 1702, demolished in 1759. It aims to provide a detailed reconstruction of the decorated interiors of Shakespeare’s main residence, based on comprehensive analysis of extant material in comparable buildings. In early modern England there was an obligation for men of Shakespeare’s standing to own and adorn houses commensurate with their status, however this kind of material investment has received little attention. My MA dissertation established that domestic building and decoration played a significant role in the construction and communication of gentry identity, but a wider and more ambitious study is needed in order to understand patterns at this social level. My thesis studies other extant buildings and comparable men to address a significant and challenging case study, thereby developing an innovative, interdisciplinary approach to the study of material culture in self-fashioning at the level of the lesser gentry.In its focus on Shakespeare and the heritage of Stratford-upon-Avon, my project also aims to provide new information about the playwright which will be of interest to Shakespeare enthusiasts worldwide.