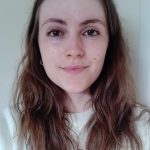 Women’s experience of pregnancy, and the myriad ways in which women themselves create narratives around this, has been overlooked in contrast to the cultural and social framing of pregnancy and birthing. As such, this thesis will address representations and realities of pregnancy in Georgian Britain, focusing on how women expressed and narrated their own pregnancies. Engaging with a range of historical and literary material, such as medical treatises, patient case-notes, periodicals, novels, letters and biography, my research will examine how women in the period 1714-1837 experienced pregnancy, and how this experience engaged with contemporary literature, as well as how it was shaped by it. This project will demonstrate that Georgian women were articulate in conveying and recording their experience in varied ways.

Dissertation: The Role of Mistresses in The History of Miss Betsy Thoughtless (1751): Virtue, Value, Desire and Disposal.