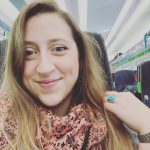 Between 1785-1845, more than 280 people were killed in duels in Britain (Banks, 2012). My provides the first study of the duel as both social phenomenon and narrative device in British and British Imperial culture, 1780-1845.  Using literary and para-literary sources, I aim to show how duelling: formalised and legitimised the enactment of violence; reflected contemporary ideas of masculinity; and enabled women writers to explore women’s roles and female agency.

My research will use literary-historical methodologies and archival study, drawing on texts by male and female British writers (e.g. Frances Burney, Charlotte Smith, William Godwin, Amelia Opie, Maria Edgeworth, Mary Shelley). I will pay attention to previously overlooked colonial/imperial contexts for duelling by analysing memoirs and periodicals of British India (e.g. William Hickey, periodicals of the 1820s and 1830s) and, drawing on work by Ian Haywood, explore visual representations of duelling (including cartoons by Isaac Cruikshank and Charles Green).

My project will impact on scholarly understanding of the relationship between masculine identities and violence/conflict in the Romantic period and, because Romanticism shaped modern ideas of the individual, more recently. My focus on British and imperial representations will add to understanding of the intersections between early nineteenth century Britain and its nascent empire.

Review of Romanticism and the Letter, ed. by Madeleine Callaghan and Anthony Howe, for The Keats-Shelley Journal. Volume LXX, 2021.