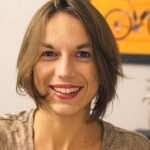 My doctoral research carried out in collaboration with the Birmingham-based literature agency Writing West Midlands (hereafter WWM) seeks to unearth the manifold factors underlying the production, marketing, and reception of contemporary British literature. These factors include – but are not limited to – social values, assumptions, and expectations.

The collaboration with WWM leads me to focus on three books published in or linked to the Midlands: Jonathan Coe’s novel Middle England (2018), Kit de Waal’s (editor) collection of memoir, essays, and poems Common People: An Anthology of Working-class Writers (2019), and Rosie Garland’s poetry collection What Girls Do in the Dark (2020). For each of these three books, I collect and analyse paratextual data (including multimodal data) from authors’ and publishers’ websites, readers’ reviews, newspaper articles and literary awards ceremonies. Preliminary analyses lead me to ask the following questions:

Why does the UK publishing industry market some books as ‘readable’? What does the current institutional emphasis on the ‘transformative’ and ‘healing’ power of literature imply and entail? If the ‘readable’ aspect and ‘transformative’ power of literature are emphasised, what aspects remain invisible and/or unvoiced? What does the expression ‘inclusion and diversity’ mean? In which contexts is it used and for what purposes? To what extent is the literary industry’s vision of the ‘implied reader’ shaped by the new modalities of attention arising in response to the prevalence of digital technologies in our daily lives?

To address these – and similar – matters, I keep in mind Deleuze and Guattari’s (1987) distinction between the majoritarian and the minoritarian modes of political action. The majoritarian mode refers to a standard, a norm, or an ideal defined by the power of constants. The minoritarian mode refers to ideas and values which deviate from the norm and thus tend to remain backgrounded. Thus, my study will investigate, for instance, the extent to which a focus on ‘readability’ (majoritarian discourse) may impede arguments pertaining to the provoking or challenging aspects (minoritarian discourse) of literary artefacts.

My qualitative research lies at the intersection of Linguistics, Cultural & Media Studies, and Literature, hence the use of analytical methods drawn from discourse analysis to examine wider literary and cultural questions.  My PhD thesis will comprise four case studies; each of these will constitute one chapter. In the first chapter, I analyse the funding rhetoric put forward by Arts Council England, after which I investigate the extent to which WWM aligns with this rhetoric. In the second chapter, I discuss the notion of ‘readability’ and the ‘healing’ power of literature using the paratext surrounding Jonathan Coe’s Middle England. In the third chapter, I explore the ideas of ‘inclusion and diversity’ and ‘working-classness’ in light of the paratext of Kit de Waal’s Common People: An Anthology of Working-class Writers. In the fourth chapter, I reflect on the ‘difficult’ and the ‘re-presentational’ aspects of literature in relation to the paratext of Rosie Garland’s What Girls Do in the Dark.

As part of my collaboration with WWM, I aim to produce a thesis which has the potential to inform the agency’s priorities and practices, particularly regarding curatorial decisions and audience engagement. I will identify whether and how WWM could benefit from becoming ‘minoritarian’, i.e., becoming a catalyst of change that potentially oversteps the majoritarian standard. In line with the expectations of the CDA, and in complement of my thesis, I will produce a document elaborating on the implications of my findings for the literary industry.

Doche, A. (2020). Dialogic Strategies and Outcomes in and Around Julian Barnes's The Sense of an Ending: A Linguistic-Stylistic Analysis (Master's thesis). Université Jean Moulin Lyon 3, Lyon, France.