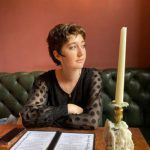 Contemporary Cassandras: Margaret Atwood and the Rise of the Feminist Antiprediction

My thesis explores an emergent wave of dystopian women writers that deliberately extend the tradition of The Handmaid’s Tale and echo its now widespread feminist call to action. These ‘contemporary Cassandras’ elaborate Margaret Atwood’s theory that ‘[i]f the future can be described in detail, maybe it won’t happen’ (2017: para. 23), predicting potential futures in the hopes that their writing will incite a resistant response in readers. Drawing on Atwood’s neologism, I contend that the feminist ‘antiprediction’ warrants critical investigation as a new dystopian subgenre that responds to post-2016 cultural crisis whilst invoking a distinctly Gileadean discourse. Brewed in a tumultuous socio-political climate epitomised by Brexit, Donald Trump’s presidency, and #MeToo, novels such as Red Clocks, The Power, Future Home of the Living God, An Excess Male and, of course, The Testaments not only reflect a resurgence of interest in Atwood’s ‘feminist parable’ but also re-inscribe her visions for the future

The eruption of this new feminist dystopian canon provides a timely opportunity to investigate literature as a site of confluence between real and imagined futures. Though aligned with the popular and critical resurgence of interest in The Handmaid’s Tale, my research is carefully positioned to interrogate its legacy within contemporary dystopian discourses. Ultimately, I pose two questions vital to Atwood studies and to the entanglements of literary ethics and feminist politics. Firstly, how is The Handmaid’s Tale’s legacy kindled by contemporary women’s dystopian writing? And secondly, how does this shape not only the feminist antiprediction’s vision of the future, but also the feminist utopian imaginary implicit in its calls to action?

'"I sing to you / from my place with my righteous kin": Judith Wright's Decolonial Poetics', Postcolonial Studies (forthcoming).