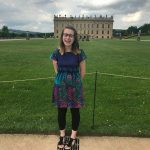 A scholarly edition of the letters of the Scottish Romantic poet, Thomas Campbell (1777-1844).

This thesis will produce the first scholarly edition of the letters of Thomas Campbell, the Scottish Romantic poet. Campbell has been strangely neglected by recent critics of British Romanticism and is absent from key twenty-first century accounts of the period (e.g. Duncan Wu’s Romanticism: An Anthology (2012)). The last full edition of his poems was published in 1907, and the only previous edition of his letters is William Beattie’s Life and Letters of Thomas Campbell (1849), which published a small selection of his correspondence, with texts expurgated according to the conventions of the time.


Yet as the author of the bestselling poem The Pleasures of Hope (1799) and holder of a prominent public office (Rector of Glasgow University), Campbell was a significant figure to his contemporaries. This thesis will tackle his neglect by transcribing original manuscripts in order to edit and annotate his letters, thus revealing new information about his life, works, and networks, and through the completion of two introductory chapters, which will: (i) explore how and why Campbell was forgotten and what recuperating him will add to current knowledge and understanding of British Romanticism and of canon formation; and (ii) demonstrate how his letters, sent to a wide range of correspondents from disparate backgrounds, are key to understanding both Campbell’s own career and involvement in wider Romantic period sociability.
Interest in Romantic correspondence is growing, as is indicated by ongoing major editorial projects (e.g. editions of the Letters of Sir Humphry Davy (2018) and the Collected Letters of Robert Southey (2009-  )), and by the forthcoming essay collection, Romanticism and the Letter, eds. M. Callaghan and A. Howe (2019). This thesis will thus contribute to an increasingly active debate in the field, and also take it in new directions by adding to it the correspondence of a figure eminent in literary and wider public life in his own day, but since overlooked.
This research will be of significance to, and facilitate new research on Campbell and on key debates on Scottish Romanticism, Romantic social networking, Romantic canon formation, and the importance of the letter as a genre, both in the Romantic and other periods.