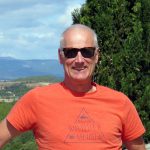 Is Anybody Listening? Amnesty International's Palestine advocacy and the Politics of Human Rights in the UK, 1967-2006

My research examines the relationship between the late 20th century proliferation of human rights politics and the expanded role of the NGO at national and global levels.  It seeks to understand how political, cultural, strategic and tactical considerations shaped NGO responses to rights violations, examining changes in strategy and emphasis.  It especially focuses on the advocacy of Amnesty International, because of its role in establishing rights saliency, shaping public discourse via the media.

I will draw on Amnesty’s scrutiny and advocacy of rights abuse in specific Middle Eastern contexts. In particular, Palestine’s complex legal status and history of large-scale rights violations represents a fine-grained social and cultural human rights narrative documented by multiple Human Rights Organisations. The intractability of the conflict has created a fifty-year period through which to examine how the media have acted as interlocutors for human rights advocacy and the extent activist organisations have been protagonists in the emerging human rights discourse.

Round Table presentation on 'The Human Right to Dominate', as part of a conference entitled Human Rights in the 21st Century: Developing Rights in a Developing World, University of Birmingham (2018).  My paper discussed Gordon and Perugini's book contending that Human Rights advocacy can be misappropriated by the regimes that violate them.

My areas of academic interest include:

I am a member of the Royal Historical Society.