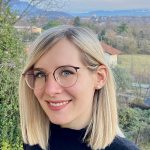 The Paternity of the Acts, the Epistles and Apocalypse: a Linguistic and Stylistic Analysis of the Latin New Testament

At the end of the fourth century Jerome undertakes the revision of the Gospels known as the Vulgate which is supplemented in the manuscript tradition by the anonymously revised version of the other New Testament books. The Latin Vulgate represents the final stage of the process of the translation of the Bible which began in the late second century with the texts known as the Vetus Latina. The character of the Vetus Latina, transmitted by the manuscript tradition and the citations of the Church Father, varies considerably and ranges from an informal and non-literary register to an old-fashioned and literary style. This research examines the language of the Latin versions of the Catholic Epistles from the lexical, morphological and syntactical points of view and through a qualitative and quantitative analysis. It investigates their relationship with the Greek text and the presence of non-standard and late Latin features. The comparative examination of Greek and Latin texts casts light on the techniques employed by the Vulgate and the Vetus Latina translators. Diachronic and synchronic descriptions of the language highlight the linguistic peculiarities of these texts and their relationship with contemporary and earlier writings. The statistical examination of the lexicon, participial renderings and word order presents an overview of the variation in each epistle between the Vulgate and the Vetus Latina. The Vulgate, which has traditionally been considered a more refined text than the Vetus Latina is shown to be equally, and often more, influenced by the Greek language and ‘vulgar’ usages. The differing linguistic character of the individual Epistles and the varying degrees of agreement between the Vulgate and the Vetus Latina reveal that the Vulgate Catholic Epistles do not form a unitary corpus: 1 Peter, 1 John, 2 John and Jude appear to be more conservative and accomplished than James, 2 Peter and 3 John. This variation may be due to their gradual inclusion in the western canon, which could explain their separate origins and different processes of revision. On the other hand, the close relationship between the Vulgate and the Vetus Latina in all the letters demonstrates that the Latin versions known today derive from a common archetype.