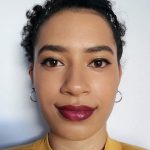 Slavery and Empire on Display at Charlecote Park

This thesis traces the links of slavery and colonialism within Charlecote Park in Warwickshire through the Beckford collection. This collection of predominantly Asian artefacts was bought at auction by George Hammond Lucy in 1823 after he inherited Charlecote House as part of his updating of the house for the arrival of his wife Mary Elizabeth. The thesis will explore how material expression of opulence and social standing was funded through colonial exploitation. It will draw attention to the global network that relied on dehumanisation and discrimination for the benefit of the few and analyse the culture that, knowingly or not, revelled in the material culture that came from imperialism and colonialism.

I am committed to disseminating the results of historical research to a broader public and recently worked with Lion Television as a researcher for episodes of the hit television show Horrible Histories.