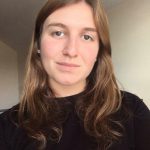 A Feminist Figurine: Reclaiming the Doll in Twentieth and Twenty-First Century Women's Writing

My PhD ‘A Feminist Figurine: Reclaiming the Doll in Twentieth and Twenty-First Century Women’s Writing’, examines women writers who challenge perceptions of gendered subjectivity by engaging with the figure of the doll; considering this figure in relation to non-heteronormativity, monstrosity and posthumanism. The project largely focuses on neglected Anglo-American women’s writing by twentieth-century authors, including Margery Lawrence, Daphne du Maurier, Margaret Yorke and Angela Carter, and twenty-first-century texts, including ‘Doll: A Romance of Mississippi’ (2005), ‘The Doll Tornado’ (2012), The Silent Companions (2017), Frankissstein (2019) and The Doll Factory (2019), to explore and interpret connections across a hitherto unrecognised corpus of works that focus on this figure of female gender identity. It draws on late-eighteenth to nineteenth-century literature in periodicals, such as The Lady’s Magazine (1770-1847), as a touchstone for the doll’s alignment with female submission.