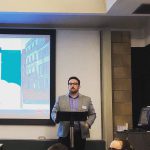 Before Public Opinion: The Role of Tribunes of the Plebs in Creating, Manipulating, and Responding to Popular Sentiment

My project examines the political dialogue between the Roman electorate and the socio-political elite (tribunes of the plebs), who were elected to act in accordance with their will. Throughout the Late Roman Republic (70-49 BC), legislative activity at Rome was remarkably frequent and, due to the political climate, usually intensely contested. These facts are reflected in our primary sources, so it is possible to study closely the wants, needs, and emotions of the Roman electorate, who were, by this time, capable of directly influencing legislation.

The first year of my PhD sought to develop a Language of Public Opinion, which I could use to interpret instances of public opinion being communicated or spoken about throughout the rest of my thesis. The second year of my PhD has attempted to identify the limitiations on communication and thus to determine the form of the public sphere at Rome and the limits and manner of its functions.

The remainder of my second year will be spent abroad in Spain and Italy (at the Universidad Pablo de Olavide, Universidad de Zaragoza, and the British School at Rome) collecting and examining primary evidence for interactions between tribunes of the plebs and public opinion and the locations at which these interactions took place.