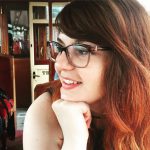 Publishing Black British Short Stories: The Potential and Place of a Marginalised Form

Publishing Black British Short Stories: The Potential and Place of a Marginalised Form is the first study of its kind. The short story is reputed as a narrative form of self-reflexivity and alterity. The postwar black British short story, I suggest, shares these general characteristics of short fiction. The central argument of this thesis is that the short story evades the thematic and formal expectations and strictures of publishing black British literature. This project defines such expectations and begins to explore the place of the black British short story in metropolitan publishing, as well as the form’s potential to destabilise this industry’s parameters.

The aims of the thesis are threefold: (i) to outline and explore the changed relationship between a literary work and its author due to the economic and material strictures of short story publication; (ii) to focus on the nuances of publishing environments and how they shape form – form being the means by which art is encapsulated for exchange with its consumer; and (iii) to concentrate primarily on form over author identity in order to trace connections between the literary and the material. The thesis is therefore broken up into three sections which relate to the publishing platforms for short fiction: magazines and journals, anthologies, and single-authored collections.

The major development of black British literature into the present moment is the way in which the tools of black British representation are being foregrounded alongside its subjects and themes, leading to a focus on the potential of literary form, but also on the problems of channelling complex sociopolitical realities into the structure of traditional narrative form. The relationship between the subjects of representation and how they are represented is more significant than ever in the field – whether this is because the groundwork of establishing black experience and representation has already been done, or because discourse around black British literature has become attentive to the ways in which narrative structure can be appropriated by forces outside of the text for purposes that do not align with authorial intent. Perhaps it is both of these factors that have led to more innovative and experimental forms of black British literature, placing responsibility back onto the reader to read across and interpret the world through its literary representations. Formal experimentation demands lateral, indeterminate interpretation where social realism imagines such interpretation to already have been tackled and then recorded. It is this formal experimentation, via the self-reflexive narrative medium of the short story, against the dominance of social realism in black British fiction that this thesis is concerned with investigating.