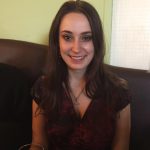 Viktor Tsoi rose to prominence during perestroika with songs and performances suggestive of notions of freedom, youth and political change. By his sudden death in 1990, glasnost had made Tsoi a public figure: he had appeared in feature films and documentaries; his group Kino were selling out stadiums. In death, Tsoi became a cultural icon for Soviet citizens who had participated in the processes of perestroika and glasnost.

Taking Tsoi’s career and creativity as a case study, this project will provide insights into the appropriation of underground phenomena into public culture during glasnost, breaking significant new ground in understanding the cultural politics of the Soviet 1980s. It will also constitute the first serious study of Russian ‘rock-poetry’ in English by digging deeper than existing work into the notion of Tsoi as a ‘rock-poet’, arguing that his lyrics wrote themselves into a Leningrad/Petersburg literary tradition even while creating their own form. My close readings will situate Tsoi’s texts within this canon and identify important poetic influences, revealing what the emphasis placed on verbal texts tells us about the cultural politics of glasnost and providing a new analysis of the consequent view of Russian rock as distinct from Western rock.