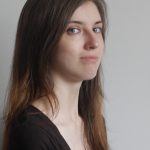 �Nay, they will be kin to us, or they will fetch it from Japheth�: The production, dissemination and use of royal genealogical chronicles in the first reign of Henry VI (1422-61)

The focus of this project centres on the biblical-royal genealogical chronicle genre during the first reign of Henry VI (1422-61), identifying where historical narratives vary between models. Genealogical chronicles provide a useful case study for late medieval historical thought, as well as for wider perceptions of kingship and succession, depicting national history, both visually and verbally, as a constant succession of kings. The biblical-royal genealogical chronicle was an innovative adaption of existing genealogical chronicle models, depicting the king’s descent from Adam or Noah, and it first appeared in England in the early fifteenth century. These works were often ‘mass-produced’ and have traditionally been considered as evidence of dynastic propaganda, intrinsically tied to the Wars of the Roses. Dynastic uncertainty may have influenced the production of the form in the 1450s and 1460s when a Lancastrian–Yorkist divide was more clearly delineated, but it does not fully explain the initial boom in production of these chronicles in the 1430s and 1440s. The key aim of this project is to determine how the form developed under Henry VI, comparing and analysing manuscripts to identify variations in narrative and in design.