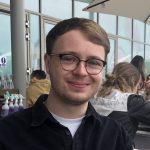 Queering the Soul: Sexuality and Self-Construction in Victorian Poetry

The principal focus of my thesis is the queer soul in the nineteenth century, as I investigate the ways in which a particular group of male Victorian poets and artists used varying iterations and images of the soul to explore queer self-construction. Across several decades, such figures produced literary and artistic works that foregrounded the soul as a means of examining the intricacies of sexual selfhood.