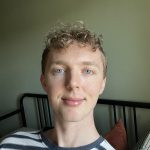 Legitimacy and limits in the constitutional thought of Hugo Grotius

Hugo Grotius is a key figure in the history of political thought, he is known primarily for his connections with both international and natural law. Yet, Grotius’s political theory has been characterised in contrasting terms. For example, Jean-Jacques Rousseau described it as one ‘favourable to tyrants’, whereas Sir Robert Filmer found that in Grotius’s formulation ‘the chief power be in the people’. Perhaps Richard Tuck summarised it best when he noted that Grotius’s theory has ‘two mouths’ that ‘speak the language of both absolutism and liberty’.

In my research I will explore Grotius’s political theory and investigate constitutional aspects of his thought. To do so, I will focus on the concepts of legitimacy and limits. Looking at legitimacy, I will probe Grotius’s understanding of the inception of the state (civitas) and ascertain its significance for the administration of government. Turning to limits, I will explore both the legal limits of the sovereign and the limits of the citizens’ obligations. I aim to further developments in the literature, made for example by Daniel Lee, that connects Grotius to ‘a distinctively modern school of constitutionalism’.