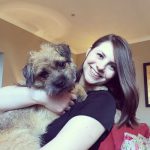 My project is the first extensive study of the memory of 19th century African American female abolitionists. In placing this memory at the centre of a wider debate about the use of historical figures in the black freedom struggle, I demonstrate how notions of an “appropriate” black female leader have greatly manipulated representations of black women. My focus is on Harriet Tubman and Sojourner Truth, the only two black female abolitionists to achieve iconic status in public memory. I show how writers, artists and activists shaped their images to both echo and challenge 20th and 21st century ideas on race and black resistance, especially non-violent resistance as the preferred mode of black activism and white male leadership as central to black liberation. Using an interdisciplinary methodology that draws on literary texts, sculptures, murals and artwork, I chart the evolution of their representations from the Reconstruction period to today. By contextualising their memory, this project places Tubman and Truth at the centre of an argument that shows how 20th century representations used the antislavery movement as a microcosm of the black freedom struggle.