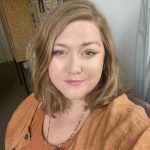 ‘Imperial Connections: Re-examining Kedleston Hall, Derbyshire’ is the first comprehensive study of the objects in the ‘Eastern Musuem’ at Kedleston Hall, a country house in the English midlands. It will trace the journeys that these objects underwent to arrive in the ‘Eastern Museum’, and the transformations, both physical and in meaning, they underwent along the way. Through a study of these objects and their display, it will also seek to contribute a new interpretation of Kedleston Hall, connecting it with the imperial histories that are a key part of its story.

Lectures and papers given

Society for the History of Collecting