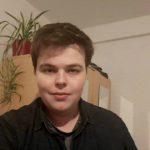 The Intellectual Colonisation of Asia in European Geographical Discourse, c.1200-1500

To date, my research across undergraduate and postgraduate levels – which has covered a range of periods and geographic areas – has been thematically linked by a focus on the historic interrelationships between ideology, discourse and power. This interest in the potential of narrative and representations links my thesis with previous work I have done on Anglo-Saxon saints and the Apocalyptic rhetoric of Gregory VII.

My thesis continues these themes of ideas and representations. My research explores the depictions of East Asia in medieval European cartography and travel literature, with particular focus on the representations of Asian time, space, and agency. Drawing on and critiquing theories like Edward Said’s “Orientalism”, narrativity and Postcolonial approaches, I analyse how the portrayal of Asia was incorporated into a Christian, European intellectual framework, and how far this conceptualisation can be defined as an “Intellectual Colonisation” in response to geopolitical difficulties. I am especially interested in the conceptual manifestations of Otherness and liminality, and in the topics of Prester John, Gog and Magog, and Nestorian Christians.