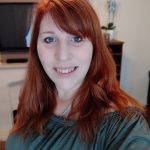 Therapeutic literature in the British periodical, 1914-1928: A Bibliotherapy approach.

My project explores whether short stories printed in British periodicals during, and in the decade following, the First World War were a therapeutic tool for readers suffering from the emotional or psychological effects of war. Taking a historical approach and using close textual analysis, I will ask whether writers, editors and publishers deliberately published fiction intending to improve the mood and wellbeing of their readers.

Newspapers and magazines were widely read at the Front and at home by all sectors of society and, by virtue of their speed of production and ephemeral nature, periodicals can provide valuable insights into changes in the health, mood, and tastes of the reading public more than any other fiction-carrying medium. Engaging with the idea of reading as therapy known as ‘bibliotherapy’ (a term coined by American Unitarian minister, Samuel McChord Crothers in 1916), my research aims to identify and examine therapeutic short fiction by canonical and marginalised writers in British periodicals of 1914-28. I will consider whether short fiction published in periodicals had, or was intended to have, a therapeutic effect on a reader dealing with mental distress, grief and neurasthenia, and whether there were any periodicals with deliberate editorial policies to this effect.

My research examines this question from four different angles: publishers, editors, writers and readers. I am investigating the outputs of the first three perspectives by use of case studies, archival material and close textual analysis to determine intent, and then will establish outcomes on a selection of readers. The short story form lends itself well to the formation of a single arresting impression on the reader’s imagination, allowing for immediate impact, and the au courant nature of the periodical enables a mapping of output onto the changing social and political landscape. I will examine genre and style trends in short fiction, noting shifts in editorial choices, to identify whether any in particular were understood to meet the psychological needs of readers. This research is significant because, by researching the connection between literature and therapy during one of the most traumatic times in our history, it will be possible to achieve a greater understanding of the benefits of fiction on the reader.