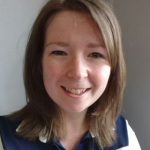 The Minerva Press, Women Writers and the Literary Marketplace, 1770-1820.

Building on Brewer’s claim that ‘the ways in which the arts worked in eighteenth-century England are often best understood…through…those we have now largely forgotten’ (1997: 13), my research explores novels published by the Minerva Press written by a range of neglected professional women writers. These works shed light on how women writers responded to an era of transformation in the literary marketplace and to a socially turbulent context. My thesis will expand current thinking and recast Minerva Press novels as dynamic vehicles of literary and social commentary whose authors made inroads into the literary marketplace. It illuminates how these women writers, often dependent financially on their pens, carefully and strategically represented their own and their characters’ literary interactions and activities. I demonstrate that Minerva Press women writers used their novels as vehicles to legitimise female presence in the literary marketplace and to redesign the reputation and reception of the popular novel and novelist.

'Trembling Authors', School of English Symposium. University of Nottingham, May 2019.

'Names on the Page: The Chameleonic Presentation of Female Author Figures on Minerva Press Title-Pages, 1785-1800'. M3C Research Festival. Birmingham, May 2018.

'Throw Aside Your Pen'!: Mary Wollstonecraft's Reviews as Means of Instruction to Women Writers'. 'Romanticism Goes to University' Conference. Edge Hill University, May 2018.

Co-curated the exhibition 'Romantic Facts and Fantasies' at the Lakeside Arts Centre. This role included selecting items and texts for display, researching and writing exhibition labels, boards, and casebacks, and organising publicity of the exhibition. September 2018-August 2019.

'Female Authors in the 1790s and their Portrayals of Authorship', Newstead Abbey Byron Society, September 2019.

''A delightful burlesque, particularly on the Radcliffe style': Jane Austen and the Gothic Genre'. Jane Austen House Museum, October 2018. Attended by 30 members of the public and students from the University of Winchester.

I am one of two Postgraduate Representatives for the British Association for Romantic Studies. As part of this, I co-organise and co-direct the bi-annual Early Careers and Postgraduate Conference.