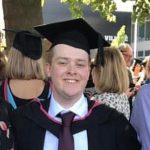 Kingship, Nobility and Gentry: The Uses and Abuses of Wardship from Edward III to Henry IV (1350-1413)

For the landholding class in Medieval Britain, two concerns lay at the top of their priorities – land and family. Land was the basis for power and position in medieval society, with the largest landholders and those who held directly from the crown the kingdom’s ‘tenants-in-chief’. Family was the instrument of transmission for land from one generation to the next as children inherited from their elders.

But what happened when the adult lord died too soon, leaving a minor heir? What happened when the heir was found mentally unfit to take over the administration of highly complex estates and networks? What happened when an heir was abroad in exile but still held the right to inherit? This is where the instrument of ‘wardship’ came in. Wardships have been legally defined as a ‘feudal incident’ which triggered at the time of inheritance when the heir was considered unable to take over the management of their estates. My thesis will investigate the administration, use (and abuse), and reaction to wardship during the latter half of the fourteenth-century to 1413.

By using wardships as a tool of researching the nature of power in the localities, the relationship between the crown and landholders, and the intersection which wardships provided for different classes to interact with each other, this study will reshape our historical understanding of the socio-political interactions and priorities which shaped the experiences of the nobility and gentry in fourteenth-century England. My research aims to open important new lines of inquiry into the workings of late medieval administration and kingship.

WILLIAMS, Connor. "Roger Mortimer, fourth earl of March - a study in minority, royal service and 'proximity' to the crown during the late fourteenth century", Journal of the Mortimer History Society, Volume 4 (2020), pp. 21-38.

"The Child Lords of the Marches: The Hastings and Mortimer Wardships, 1375-95" - International Medieval Congress 2021, University of Leeds (Online), July 2021.

As a member of the Mortimer History Society, I am an editorial assistant and content creator for their quarterly newsletter Mortimer Matters which is read by the society's 500+ members. I am also a member of their research and palaeography group which has the long-term aim of transcribing and publishing archival sources related to the Mortimer family and wider Welsh Marches for easier access to scholars to encourage wider research in both fields.

My research interests include: