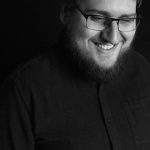 Dalit Writing in the 21st Century: Activism and Literary Experimentation in Modern India

My PhD is an exploration of the relationship between Dalit activism and literature through an analysis of literature published in the 21st century. I argue that contemporary literature has a fundamentally different relationship with the activist project than that of forty years ago. Since the inception of the Dalit Panthers in the early 1970s, Dalit literature has been inextricably tied to the activist project, with many Dalit activists using literature as an extension of their activism. In this thesis, I argue that this close relationship has changed as we have entered the 21st century. I argue that although contemporary Dalit literature often reflects the concerns of political and social activists, contemporary writers are becoming ever more concerned with literary aesthetic and innovation. This focus on literary style and form comes at a moment when writers are beginning to represent Dalit communities in a more positive light, rather than focusing on the pain and degradation of Dalit lives. This combination has created a different kind of Dalit literature that exists today that is radically different from its predecessors. I explore what kind of relationship this literature has with the contemporary activist and political world, whilst also exploring how Dalit art itself has the potential to inspire a new generation of Dalits  and give them a feeling of self-respect. This thesis also explores how Dalits turn to other religions in a bid to reject the dogma of Hinduism which sees them as untouchable, as well as analysing the use of Dalit gods within contemporary Dalit literature.

Troubling Globalisation 3 Symposium, 20/09/17, ‘From Victim to Empowered: The Changing Message of Dalit Literature’.

Gave a presentation about my thesis at the University of Leeds as part of the NTU-Leeds Postcolonial Knowledge Exchange, 02/05/2018

Caste, Gender and Race : A Politics of Hegemony, Rashtrasant Tukadoji Maharaj Nagpur University, Nagpur India, 22/02/2019, 'The Use of Dalit Culture in Dalit Literature'.