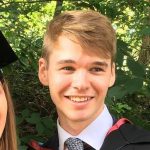 In order to avoid the vexed issues surrounding musical expressionism, I will consider expressionism not as a fixed aesthetic, but as a discourse. I will explore how critics associated the early operas of Hindemith, Weill and Krenek with expressionism and how these insights echoed wider cultural debates. Each chapter will explore a specific performance of an opera in the context of a local discourse of expressionism – networks of individuals and institutions who promoted and debated expressionism in particular cities.

This thesis will re-evaluate the emergence of a modern opera culture in Germany. It will draw ties between operas that have typically been understood in isolation, thereby creating both an original and revisionary narrative. As well as improving our understanding of opera’s relationship with expressionism, my research will add to the growing output of scholarship on Weimar culture and further highlight the diversity of style within the arts during this period.