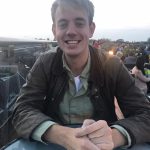 The Authority of the Old Testament in Enlightenment Britain

My thesis examines the way that the Old Testament was read and interpreted in Britain during the Enlightenment of the eighteenth century.

Focussing on the figures of Moses and David, I look at the ways that these characters were interpreted, debated and deployed throughout the period by members of the clerical, political and cultural elite. I therefore study sermons, biblical commentaries, apologetic and polemical works, political tracts and popular literature to understand how these figures were perceived and discussed throughout the period. I want to get a sense of whether the Old Testament continued to have a role in public life in the eighteenth century and to what extent new Enlightenment thought and culture changed the way that Protestants interact with the Old Testament.

- History of the Bible (history of interpretation, the 'Political Bible' etc.)