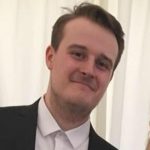 Populism, in all its various forms and with all its vague definitions, has seen a widespread global resurgence in the wake of the Global Financial Crisis of 2007/2008. Nostalgia, or the melancholy of a time gone by, acts as a crucial emotional referrent to many populist imaginations – and as such this nostalgic sentiment has begun to manifest itself within the fabrics of culture and society, whether this be emancipatory/therapeutic or reactionary/violent (an idea which Svetlana Boym reads as “reflective” versus “restorative” modes, respectively). My thesis will focus on analysing and unpacking this populist nostalgia as it has specifically manifested itself within works of British film and television in the years following the GFC – focusing on relationships to heritage and depictions of post-industrial national histories, remnants of Imperial and colonial fantasies, the reading of visual creative technologies within these aesthetic legacies, and trends within production contexts that reveal regressive/reactionary nationalist convictions.