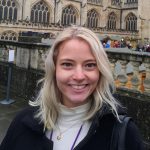 The Burger in Britain: A Symbol of Americana

After an era of dietary restriction caused by the economic struggles of World War II, families in America and Britain were ready for an indulgent and (presumably) wholesome meal. The beef burger presented a uniquely palatable and affordable option that eventually satisfied individuals across a variety of social backgrounds, while also speaking to a newfound food identity which valued quantity and freedom. Subsequently, the burger, a mainstay of American culture and cuisine, has risen to a nearly iconic status both across the UK and the globe.

My research positions the burger as a symbol of ‘Americana’, a concept that alludes to a post-war utopia of overabundance and economic success. I will firstly trace the history of the burger’s global expansion from small-town luncheons in America to the British high street. I will then consider the introduction of American fast-food chains such as McDonalds, a corporation which currently claims to serve, on average, 3.5 million customers a day in the UK alone (McDonalds UK). McDonalds and other burger restaurants have shaped the identity of the burger, and through their expansion have facilitated an interaction of the British consumer and American capitalism. This idea provides an opportunity to question how marketing and environment can impact consumer health.

As books such as Fish and Chips (Panayi, 2014), and Planet Taco: A Global History of Mexican Food (Pilcher, 2012) have recently demonstrated, there is great historical value in studying the dishes that societies elect to define themselves. Roused by this novel methodology, this thesis will utilise a variety of sources to create a biography of the burger in Britain. That is, a chronicle of its conception, development, expansion, and its continuing adaptation. While traditional written sources such as journals, company records, and legal papers will inform elements of urban, health, and corporate history, this thesis will also utilise product packaging, photographs, and the built restaurant environment to further discussions on advertisement history and capitalist influence.

Through the study of the burger, this thesis hopes to generate discussion around the foods that are expanding globally with rapid pace. The symbolic acceptance of the burger in Britain speaks to a deeper acceptance of American lifestyle and value; it is the goal of this thesis to fully evaluate the significance – and results – of this interaction.

"The Battle of the Burgers": The Origins of Modern Consumption Habits in Britain, 1954-1985', University of Cambridge Modern British History Workshop, 17 November 2022.

'From Burger Bars to Restaurants: The Establishment of Fast Food as Common Culture in Britain', University of Nottingham Contemporary History and Politics Seminar Series, 28 October 2022.

28 Aug - 3 Sept 2022 - IEHCA Summer School of Food and Drink Studies - 5 doctoral credits. Attended a week-long course with thirteen other applicants run by the University of Tours, France. Included six lectures from specialists on current developments in food and drink study. Presented a paper entitled, 'The Arrival of the Burger in Britain'.