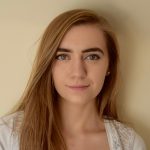 Gender, Conflict and Identity in Women's Accounts of the Crimean War, c. 1854–56

Many women travelled to Turkey and the Crimea during the Crimean War, in spite of repeated assertions by multiple parties that the conflict zone was “no place for ladies.” The irony of this phenomenon has been brought to attention in Helen Rappaport’s No Place for Ladies: The Untold Story of Women in the Crimean War (2013), but women’s engagement with the war and their experiences of the war zone have rarely been interrogated in light of the ways they intersect with contemporary social ideologies.
My research examines women’s involvement in the Crimean War to interrogate the relationships between identity, gender roles, and military spaces for women. I examine these relationships from multiple perspectives. Officers’ and soldiers’ wives travelled with the army, living and working among the military camps throughout the campaign. Their accounts of these experiences highlight the ways in which women of different social classes identified strongly with military life, adopting distinct “military femininities” that challenged ideas about women’s duties, communities, and “feminine” behaviour. Crimean War nurses’ and, in particular, nursing applicants’ constructions of gender, class, and labour in their applications, reports, and memoirs show the multiple ways that military nursing reflected its social context. However, they also highlight individual narratives that pose important correctives to assumptions about nineteenth-century ideals, and which show how gendered expectations, class, different views of women’s labour, and race shaped military nursing efforts from both within and without. Women’s participation in tourism across military battle grounds and familiar “oriental” sites foregrounded competing contemporary constructs of “respectable femininity”. Narration and souvenir collection reflected an emergent tourism culture, but these were at times indiscernable from more emotionally and politically loaded practices such as habitually re-visiting scenes of battle for leisure, and trophy collecting. This locates women at a problematic junction between military violence and consumption. The documentation of these experiences during and after the war in private letters, published accounts, and the popular press helps to locate women’s wartime participation within popular social ideologies, and highlights changing views of women’s wartime roles over time.
Crimean War army camps, military hospitals, battlefields, and the press—both during and after the conflict—were all traditionally masculine spaces where women from varied social backgrounds were nevertheless able to negotiate roles that were both meaningful and controversial.