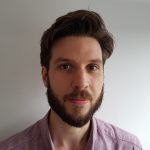 "We are only holy to others": Constructing and Contesting Sainthood in the Canonisation Process of Jeanne-Marie de Maill�

My research explores the role of normative power structures and communal judgments in producing and controlling medieval identities. I do so by examining the identity of a medieval saint at the intersection of community identification and the formal framework of official authorisation, exploring the existence of a ‘discourse of sanctity’ – a shared understanding of the conventions of sainthood – and how its expression in narrative formulations could construct specific identities (saintly or otherwise) within a canonisation trial.

My source base is the canonisation process and Vita (Life) of Marie de Maille, a late fourteenth-century lay Franciscan woman who experienced mystical visions and was venerated as a saint by her local community, but ultimately was never formally canonised by the Papacy. It is this space between communal identification and institutional recognition that provides fertile ground to examine questions of identity and religious catagorisation.

I consider how far it is the juridico-legal format (as a system of reifying and formalising meaning captured from diffuse contexts) that gives these performances their social importance, and whether the use of rhetorical devices by deponents can show how broad sections of the population could employ technologies of power (legal processes, codification, authorisation) for their own purposes, such as promulgating a particular interpretation of sanctity.

Building on this, I also explore the proximity of the “divergent” spiritual roles of saint and heretics or witches – as possessors and exercisers of supernatural power, both figures occupied a unique and unstable role in medieval society. Contested sainthood trials and popular veneration of figures deemed “heretical” underscore how porous the divide between these two identities could be. My research aims to unpick the ways in which both saints and heretics sought to control and adapt their religious identities, as well as how the acceptance or lack thereof of these socio-religious performances could easily consign a religious figure to either end of the supernatural religious spectrum.