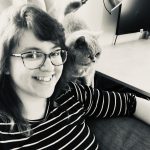 The publications of police detectives 1880 - 1930: Genre, identity and the consumption of crime

My research builds upon my MA thesis, detailed in the Biography section below.
I examine the little-known texts published by retired police detectives between 1880-1930. The period witnessed both the explosive growth in cheap, fast detective fiction and the later rise authors such as Crofts, Christie and Sayers in ‘The Golden Age’ of crime fiction.
Seeking to capitalise on this boom, retiring police detectives published texts detailing bizarre or notable cases in their careers. Yet, their texts moved beyond reportage to encompass advice to readers on crime prevention, social commentary and biographies of the criminals they investigated.
Specifically, I explore:

I studied for my BA in English at the University of Birmingham from 2010-13. My dissertation was supervised by Prof. Hugh Adlington and explored the tension between Jewish and British identities the novels of Grace Aguilar and Amy Levy.

I completed my MA English: 1850-Present (Part-Time) at King’s College London from 2017-19. My thesis was supervised by Prof. Mark Turner and focussed on the following texts published by retired detectives, formerly of the Metropolitan Police:
From 2013-2019 I worked as an accountant for various businesses in the City of London (either full-time, or part-time during my MA studies), before returning to academia full-time.