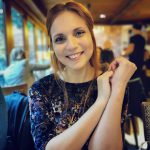 I am a first-year PhD student based at the University of Birmingham, studying broadside ballads in seventeenth-century England.

Comprising text, imagery, and a tune, ballads were cheap, accessible, and popular throughout English society. The seventeenth century is considered the heyday of the genre, with new and revised songs near-constantly being produced. Balladists drew inspiration from a range of contemporary occurrences, from local scandal to disturbances that had nation-wide impact, such as the Civil War. Thus, ballads were particularly responsive to popular attitudes and values.

The projects aims to provide a comprehensive and socially representative analysis of women and gender relations as represented in broadside balladry, contributing to the pursuit of a greater understanding of the realities of early modern society. It takes its lead from recent work in the field which conceives of the broadside ballad as a holistic, ‘multi-media matrix’ rather than simply a literary artefact; the focus will therefore be on the ballad as part of the textual, oral, aural, visual, and performative culture of early modern England.