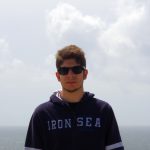 My research project aims to offer an intellectual biography of hitherto ignored transnational historical figure Émile Giraud (1894-1965). Giraud was an eclectic character who, during his life, worked in several different countries (France, Switzerland, United Kingdom, United States) and at a several different institutions , demonstrating a tendency to move freely and defy established geographical and disciplinary borders. On the one side, he was a professor of law. On the other side, he was also a prominent international civil servant, working as juridical attaché and juridical advisor to the League of Nations (1927-1946) and as a member of the United Nations Secretariat (1947-1954). At the same time, Giraud was also an important Christian Democrat politician, being one of the leaders of the small party of the Catholic left ‘La Jeune République’ (1920-1946) and later of the ‘Mouvement Républicain Populaire’ (1946-1948).
Through my thesis, I intend to investigate Giraud’s contribution in fields as diverse as constitutional law, international law, political science, international diplomacy and Christian Democrat political thought. Amongst his most important achievments, one can surely mention the important role that he played in the drafting of the Universal Declaration of Human Rights (1948), his pioneering attempt, thanks to his Anglo-American contacts, at drawing the French academia’s attention towards the disciplines of political science and international relations, his role in the strengthening of the French Christian Democratic movement, and his reflections on constitutional law led during the inter-war and the immediate post-war periods, eventually providing inspiration for the drafting of the French Fifth Republic Constitution (1958). Giraud’s life was indeed rich in connections and exchanges, and offers us the opportunity to closely observe transnational networks during the first half of the twentieth century. Yet, far from offering a triumphant narrative of transnational encounters, my research also intends to shed light on the costs of being a transnational actor at a time when national communities were still particularly entrenched. Divided between his French identity and his internationalist endeavours, Giraud was eventually rejected and forgotten by his country, which did not forgive his long overseas stays and his cosmopolitan attitude. Hence, this work, at least partially, intends to re-establish Giraud in his rightful place in the history of European thought.

- Constitutions and Crises Conference, 10 March 2022 - 'Saving democracy through comparative law: the global inter-war crisis and the origins of French presidentialism (1930-1958)'

- The circulation of state models and institutional designs between Europe and Latin America. Transatlantic perspectives on Political and Legal History in the 20th Century Workshop, 26 May 2022 - ‘For the primacy of the executive power: the French “juspolitistes” of the 1930s as unwitting inspirers of the Brazilian Estado Novo, 1932-1945’.

- Workshop co-sponsored by the University of Warwick, University of Leuven and INHIDE - 'The circulation of state models and institutional designs between Europe and Latin America. Transatlantic perspectives on Political and Legal History in the 20th Century' - Co-organizer

Society for the Study of French History

Society for the History of War