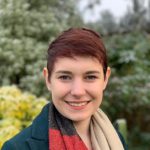 By recovering these women’s experiences and images, I theorise a new scholarship on African American women’s camerawork. Central to this thesis are notions of the professional and the amateur within photography, the role of protest in imagery, and changing notions of respectability. From private support networks in the late 19th and early 20th century, to new professional contexts of World War II and the Civil Rights Movement, women photographers moved from the private to the public sphere. I evoke primary resources to give long denied scholarly attention to photographers such as Doris Derby, Eslanda Goode Robeson, and Elizabeth “Tex” Williams. In so doing, I challenge the dominant American canon of photography.