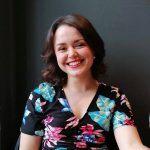 The tax collector and the priest: Matthew the Evangelist in the writings of Bede (c. 673-735)

My research explores the portrayal of Matthew the evangelist in the writings of the Venerable Bede. As the author of the first synoptic gospel in the Vulgate, Matthew is one of the most important individuals in the Christian tradition. Bede firmly identified the evangelist with the apostle of the same name. Bede was the most prolific Latin writer and foremost intellectual of his period, acting as a crucial bridge between Late Antiquity and the Carolingian era.

I aim to determine what Matthew meant to Bede, writing around seven centuries after his gospel was written. This topic has not been explored by scholars, so will allow me to reconsider Bede’s relationship with patristic tradition and scrutinise his theological authority. Bede interprets Matthew’s transition from tax-collector to apostle as an exemplary model for contemporary sinners to emulate, so my thesis will give new insight into Bede’s interest in sin and salvation among other themes.

Owing to the religious reputations of both Matthew and Bede, this project will also have relevance to the wider intellectual history of the Medieval Church. I am predominately focusing on Bede’s exegetical and homiletic writings, while drawing upon the full Bedan corpus and patristic texts that influenced his interpretation.