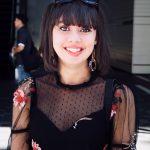 Rethinking reality's structure: An investigation of fundamentality and a defence of interdependence

We naturally think of matter to be ordered into chains of dependence that form a hierarchical structure, and that terminate in a bottom foundational level. For example, it would be common to claim that a building depends upon the walls and bricks that constitute it, which depend on their molecular structure, and so on until we reach the most simple structure that cannot be divided further, and that these are the foundations or building blocks on which everything else depends- what is smallest is what is fundamental. This idea can be characterised as metaphysical foundationalism. My project is a critique of foundationalism, and a defence of a novel view that instead of reality being structured in the shape of chains, it’s is best thought of as a complex web or network of dependencies. This alternative hangs on the possibility of dependence relations between objects being able to go both ways, which goes against the generally held view that dependency is asymmetric (that if the building depends on the bricks, then the bricks cannot depend on the building). The possibility of two-way directional dependency is much more intuitive within Asian philosophical traditions, some of which consider interdependence as crucial. I combine arguments for emptiness from Buddhist philosophy, with Western arguments such as Schaffer’s (2010) argument from quantum entanglement to defend that the shape of an interdependent network is the most successful picture to capture the shape of reality.