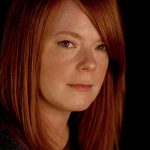 Radical Shakespeare - the life and work of Michael Bogdanov

The Michael Bogdanov Collection of personal papers documents the career of Michael Bogdanov (1938-2017), one of the UK’s leading theatre, television and film directors, between 1965 and 2010. The papers consist of over 130 boxes. These include annotated scripts, rehearsal notes and talks, book drafts, production records, programmes and reviews covering his work with a range of internationally important theatre and TV companies, including the English Shakespeare Company (which he co- founded), the Royal Shakespeare Company, the National Theatre and the Royal Opera House. Bogdanov’s work was highly distinctive: he combined a deep knowledge and appreciation of classical texts with a commitment to popular and political theatre. His productions of Shakespeare were designed as a riposte to the establishment (including the RSC); in the late 1980s, his bold, irreverent, and tough-edged productions of The Wars of the Roses took Shakespeare’s history plays to an international audience with their urgent and politically-engaged vision. His championing of new work often led to controversy (e.g. the obscenity trial that followed his production of The Romans in Britain at the National Theatre in 1980). Bogdanov personally gave his extensive collection of papers to the SBT (with whom he frequently collaborated). The archives are, as yet, unexplored and this project will therefore mark a timely and invaluable appraisal of one of the most important directors of post-war British theatre.