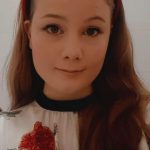 My research interest is in seventeenth-century women’s literature, specifically that pertaining to the author Lucy Hutchinson. However, my thesis intends to feature a variety of other women writers including Margaret Cavendish, Mary Astell, and Brilliana Conway. I am particularly interested in political and theological works as well as book history and the relationship between manuscript and print. Lucy Hutchinson is an example of a writer who circulated her works in both formats with an unknown quantity of her corpus missing as a result. In comparison to her male contemporaries such as John Milton (whom she shared a patron with) and Thomas Hobbes, the true extent of Lucy Hutchinson’s corpus has only started to be patched back together in the late twentieth/early twenty-first century. This is a topic that I am keen to explore further to help contextualize women’s works and research the ways in which they managed to circumnavigate these issues.