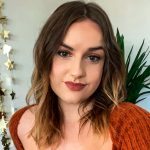 Women and the Supernatural: Agency, and Oppression at the Intersection of Gender and Religion in Reformation England

My work focuses on the complex relationship between women and the supernatural throughout the turbulence of the ‘long seventeenth century’. By offering a sustained analysis of the importance of gender in moulding religious phenomena, this research seeks to demonstrate the ways in which an invocation of the supernatural allowed women to shape and contribute to contemporary discourse when their participation in public life and processes was typically prohibited.

As a student of Early Modern History, I am naturally drawn to popular religious belief as well as social and cultural histories of this period. I also remain interested in the study of gender beyond early modernity. Informed by this, a significant interest of mine is the body as an historical subject, from both a material and cultural standpoint. I am also drawn to the notion of power relations and structures, particularly that of class in both the modern and pre-modern world.