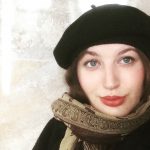 My project analyses the subtitling into English of a corpus of contemporary multilingual Francophone films through the critical lens of Bhabha’s translation theory, and draws on perspectives from audio-visual translation theory and film semiotics. The analysis will examine the extent to which, and how, the hybridization of languages and cultures in the source texts is (re)constructed in the English subtitles, in the context of the other semiotic channels of the films, and discuss the impact of translation strategies identified on the re-presentation of hybridity. The analysis considers the practical, technical and linguistic specificities of producing subtitles for a monolingual audience, but argues that, far from being a “constrained” form of translation that produces a homogenizing effect on linguistic and cultural difference, the “hybrid” nature of subtitling has significant potential to give increased visibility to linguistic and cultural heterogeneity.