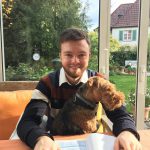 In chapter one I examine the struggle between “dissimulation and honesty” [Verstellung und Ehrlichkeit] in SE and its personal effects on the early Nietzsche. My significant contribution to Nietzsche scholarship is to explain the fact that gloominess and torpor arise when one is forced to conform, publicly, to opinions which one privately rejects. Crucially, one must value honesty enough for there to be a struggle between honesty and dissimulation in the first place, which is why Nietzsche’s “Last Men” and “cultural philistines” remain happy [glücklich] despite embodying dishonesty and dissimulation. I supplement my analysis by providing original interpretations of Macbeth’s gloomy struggle with dissimulation, the torpor experienced by the prisoners in Dostoevsky’s House of the Dead, and Raskolnikov’s eponymous “punishment” in Crime and Punishment. I conclude by providing an original commentary on “free spirits” and “bad conscience” in the context of Nietzsche’s personal struggle against dissimulation.

In chapter two I compare and contrast Ehrlichkeit, as it appears in SE, and the cynic virtue of free speech or outspokenness (parrhêsia). I argue that Diogenes’ parrhêsia is closer to master morality than Nietzsche’s honesty, because Nietzsche must cultivate Ehrlichkeit in the wake of the slave revolt in morals. I examine the relation between Ehrlichkeit and other people, and I argue that writing honestly – which for Nietzsche means writing with and for oneself – is compatible with a type of hostility towards others, such as is found in Thoreau’s Walden and Montaigne’s Essays. I examine the lasting influence of cynicism on Nietzsche’s thought by highlighting his intellectual development until EH. Where Luc-Nancy sees EH as the book of Redlichkeit par excellence, I argue that it is the book of Ehrlichkeit par excellence. I conclude that Nietzsche scholars, myself included, are vulnerable to the charges which Nietzsche levels against university philosophers in SE. More specifically, I suggest that Nietzsche would view us as more as “cultural philistines” than “great heroic figures” due to our tendency to treat his writings as the ‘classics’ of our intellectual culture. I argue that we can only become real philosophers if we write deeply personal, unconditionally honest, and courageously visible books of our own.

In chapter three I examine the connection between Ehrlichkeit and simplicity. My central argument is that spontaneous writing is central to Nietzsche’s efforts to become simple and honest. I begin by examining Nietzsche’s struggle with Universitätsphilosophie, which alienates him from the more generalist type of philosophising which he will go on to practice in the middle writings, and from the “essential problems” [wesentlichen Probleme] of life. I draw on HL and SE to argue that his strategy for becoming simple and honest, involves a mixture of actively forgetting about the superfluous concerns of university philosophers and actively sloughing them off by means of truthfulness and honesty. Simplicity, I argue, is linked in his mind to the unhistorical, forgetful, and spontaneously creative mode of living endorsed throughout HL. I examine the influence of Emerson, who teaches Nietzsche to write in “hard words”. I consider the implications for Clark’s reading of truth in the early Nietzsche, and Nehamas’s reading of hyperbole in the later Nietzsche.

In chapter four I examine the critique of Ehrlichkeit which emerges in HH and HH II. Nietzsche’s main objection to Ehrlichkeit is that it is, albeit on rare occasions, compatible with self-deception as a type of dissimulation. By contrast, in SE Nietzsche maintains a sharp distinction between Ehrlichkeit and dissimulation. I argue that Redlichkeit, which is always incompatible with self-deception, is introduced as a supplementary virtue. It does not replace Ehrlichkeit altogether; rather, Nietzsche remains committed to a self-critical version of Ehrlichkeit throughout his writings after 1878. I critically examine Lane’s paper on honesty, which fails, in my view, to account for the nature of the introduction of Redlichkeit. I draw out the implications for Nietzsche’s concept of overcoming, arguing that it is not always as simple as rejecting one idea and replacing it with another.

There is space for another chapter or two, but I shall draft these at a later date.

2. Diogenes and cynicism. My second chapter examines the similarities and differences between Ehrlichkeit and the cynic virtue of outspokenness (parrhesia).

3. Thoreau and Emerson. My third chapter argues that Nietzsche develops the art of writing spontaneously after reading Emerson.

5.. Shakespeare, esp. Hamlet. My first chapter provides an original interpretation of Macbeth's "signifying nothing" soliloque in the context of the struggle between honesty and dissimulation.

7. Musil's Man Without Qualities (and influence of N). My third chapter engages with Musil's critique of reality's "cake tins" in the context of writing spontaneously.

Awarded to students whose credit-weighted mean for the year is 16.5 or above.