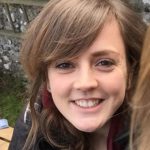 My thesis is an examination into manorial officialdom in fourteenth century England. Using the manorial records of the Abbey of Glastonbury, my research explores and compares the impact of the local topography and rural and urban envinroments upon the administrative structures, responsibilities, remunerations, and activities of manorial officials on five manors. It also analyses the interactions between officers and their wider community, and the changing perceptions of seigneurial authority in the period. My research also explores the peasantry beyond the manorial record, it examines how the peasantry and manorial officials are depicted and perceived in a wide range of images, literature, and treatises. This then enables for valuable comparison with the activities and interactions of oficials as shown in the manorial accounts and court rolls in order to determine how officers were regarded by their wider community and their place within medieval society.