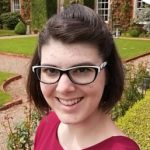 Co-rulership arrangements were a common political feature in medieval Norway, occurring both between kings and between jarls. Despite this, little consideration has previously been given to this practice, and how co-rulership arrangements were established and maintained. My project seeks to compare case-studies of co-rulership of and within the Norwegian realm to evaluate how the practice functioned between kings. A critical reading of the substantial narrative histories of Norway (Ágrip af Nóregskonunga sǫgum, Fagrskinna, Morkinskinna, and Heimskringla), alongside synoptic histories (Historia Norwegie, and Historia de antiquitate regum Norwegiensium) comprises the core research for the project. A further comparison with the early legal material, published as Norges Gamle Love, is being used to ascertain the practicalities of co-kingship and respective authority, as well as regional control.

How to be king: co-rulership practices in twelfth century Norway, to be presented at the 14th Bergen International Postgraduate Symposium in Old Norse Studies, 30 March – 2 April 2020, University of Bergen

Organising Committee for Created Identities Conference, to be held by the University of Nottingham, 5 September 2020.

Member of the Viking Society for Northern Research.