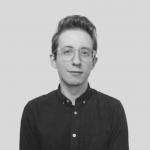 Shaw and Ruberg (2017: ix) stated that ‘after decades spent relegated to the margins, sexuality and gender are finally taking their place as key subjects in the study of video games […] [diversifying] games culture and games critique.’ At this intersection of queerness, sexuality, and gaming, there has been a variety of focused work on queer players (see Shaw, 2009; Krobova et al., 2015), queer content (Shaw and Friesem, 2016; Shaw et al., 2019); sexuality and romance (Consalvo, 2003) and ways of playing (Chang, 2017; Ruberg, 2018). Explicit constructions of sexuality within game spaces have also been the topic of discussion, with key texts as Brathwaite’s Sex in Video Games (2013) and Wysocki and Lauteria’s Rated M for Mature: Sex and Sexuality in Video Games (2015), providing historical contexts and theoretical perspectives on the inclusion of sex in gaming.

This project seeks to continue this growing body of literature within queer game studies and sex in gaming by exploring the concept of play ­– specifically sexual play, understood as actions motivated to satisfying an individual’s desire – within queer pornographic video games. With a focus on gay men/sex, the project analyses these games and their framing of play through sexual scripting – a lens that interrogates the prescribing of sexual conduct and activity (Marshall et al., 2018: 16) – which acknowledges these behaviours as navigating and emerging through cultural contexts. In regard to queer pornographic video games, this allows an insight into how play and sexual agency is structured for the player and their sexual actions.

Through a mixed-method approach of textual analysis, engaged further with queer virtual and autoethnographic perspectives, the project explores the topic within independently developed video games, focusing on in-game representations, mechanics, and play experiences.