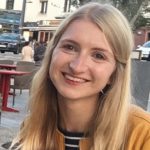 Remembering the Future: the (re-)�construction of memory, the past and the future in the nineteenth-century Spanish short story�

My thesis explores memory in the nineteenth-century Spanish short story (1850-1899), namely works by Leopoldo Alas (1852-1901) whose reputation as a prolific short story writer has been largely neglected by scholars, leaving many highly experimental works undiscovered. The project offers an innovative perspective of nineteenth-century Spain, drawing upon theoretical frameworks from the interdisciplinary field of memory studies to analyse how concepts of temporality, the future and memory are expressed in the short story form.

My project builds on a broader critical reassessment of the nineteenth-century Spanish short story, revising dichotomous examinations of intrinsically complex questions. It will argue that particular understandings of memory help to articulate a vision of change, or stagnation, and will contribute insights into the intersections of time and space. Specifically, but not exclusively, my project will address the dearth of attention around what might be distinctive about the provincial, particularly in the nineteenth-century context, as space and time are incorporated into the exploration of memory, culture and politics. I aim to make the case for a more profound investigation of memory in the context of nineteenth-century literature and thought, moving beyond the predominant twentieth-century discussions of memory in Hispanic Studies. I will interrogate the ways in which debates have been historically framed around memory in the nineteenth century, examining the level of historical consciousness and continual reflection on recurrent violence and conflict. By analysing of the relationship between traumatic pasts and presents in the short story, novel ways of negotiating historical and temporal consciousness can be uncovered.