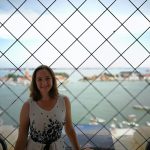 The Distribution of Royal Patronage to the Gentry in the Minority of Henry VI, 1422-1437

Royal patronage entailed the dispersal of grants, lands, and titles to subjects in exchange for loyalty and service, and was key to developing links between the crown and the wider political community. When patronage was distributed wisely by a fully-functioning adult king it could aid political stability. This thesis explores what happened in the absence of a functioning monarch across three areas:

I aim to offer some new insight into the interaction between the crown and the polity, and between the centre and localities; to explore the dynamics of late-medieval government, and consider what motivated people to serve the medieval English state; and to show how successfully the English polity coped in the absence of a king in an age that is so strongly associated with the monarchy and the personal rule of the king.

"'For the good service he has given': Service to the Crown and the Right to Reward in Henry VI's Minority." International Medieval Congress, University of Leeds. July 2020.

"Practicing Kingship without the King? The Conciliar Assumption of the Royal Prerogative in Henry VI's Infancy, 1422-c.1430." International Congress on Medieval Studies, Western Michigan University. May 2019.

"'because our said sovereign lord [is] busy': The Language of Absent Kings, 1422-1437." Noblesse Oblige?: Barons and the Public Good in the Middle Ages, University of East Anglia. April 2019.

Medieval Midlands 2018 Postgraduate Conference: Boundaries and Frontiers in the Middle Ages, University of Nottingham. May 2018.

"Parliament and Legislation in the Reign of Henry VII." BA (Hons) Dissertation, University of York. June 2015.