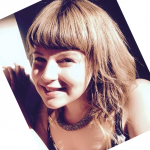 Performing Emotion: Women's screen acting and the transition from silent to sound cinema, 1926-1934

Utilising performance theories developed within Drama Studies, this project will bring an interdisciplinary perspective to traditional film history scholarship, in the investigation of women’s performances of emotion during the transition from silent to sound cinema. Contributing to the development of women’s film history, this thesis will consider a range of key female actors, including Mary Pickford, Lillian Gish, Joan Crawford, Madeleine Carroll and Mabel Poulton, in a comparative study of their silent and sound performances within films from Britain and America from 1926 -1934. Adhering to a feminist perspective, the focus on these women’s necessarily evolving and carefully constructed performances of emotion, will serve to challenge essentialist ideologies that highlight women as naturally aligned with emotion.

·       Exploitation of women in the film industry