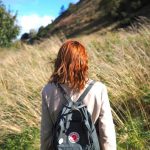 My research considers the built environment of Nazi concentration camps as deliberately created spatial experiences, linked with the ideological drive for architectural efficiency and modernist aims of functionality and standardisation.

The link between the built environment and user experience is well-established in architectural theory, but historical study has yet to fully investigate these relationships to better understand the past. Historians frequently cite the closure of the influential Bauhaus school and emigration of the likes of Walter Gropius and Ludwig Mies van der Rohe as evidence of the Nazi regime’s rejection of modernist design. Less well understood, however, is the influence of former Bauhaus members who chose to remain. Ernst Neufert (author of the internationally-renowned Architects’ Data, 1936) employed modernist aims of functionality and standardisation to design a new “Octametric” building method specifically for forced labourers.

Modernist architectural theory in the 1920s and 30s venerated the “machine metaphor”, in which built spaces should be rationalised and efficient as a means of achieving “social Utopianism” (Jencks, 1985). Cohen (2011) has argued that in Nazi Germany, this functional approach was increasingly applied to the “extreme compression of human bodies” within places of detention. Existing research on Ernst Neufert is scant, but it has recently been demonstrated that he worked for Albert Speer in the GBI (Generalbauinspektor für die Reichshauptstadt) and explicitly acknowledged and designed for “untrained labour power” (Vossoughian, 2017). The project aims to investigate connections between concentration camps as physical manifestations of Nazi ideology and highly influential modernist architectural theories of standardisation and efficiency.